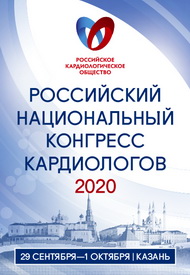 On September 23rd within the Russian National Congress of Cardiologists the first competition on knowledge of clinical guidelines "Fight of Erudites" took place. 29 teams of young cardiologists from different regions of the Russian Federation participated in selection round. The final was reached by three teams the «Diamond chariot» (St. Petersburg), «Yugra» (Khanty-Mansiysk), «Samara cardiologists» (Samara). Anna Vasilyevna Kontsevaya and Professor Matskeplishvili Simon Tejmurasowitsch moderated this competetition. Professor Galyavich Albert Sarvarovich, Professor Shalnova Svetlana Anatolyevna, Drozdova Lyubov Yurevna had to decide who was the best as a part of the jury.

It was offered to answer five questions, including clinical cases, for the correct answer 200 points were assessed. One of the cases was presented in English, that gave the chance to members of the teams to show the foreign language skills. After the answer to the first and second questions, chances of the teams were equal, everything was solved during solving cases in English and historical questions. Unfortunately, all the teams didn't consult with the questions connected with the history of medicine and cardiology.

Following the results of competitions first place was won by the “YUGRA” team, it also won the first prize - grants for all participants of the team to attend European congress of cardiologists which will be hold in London in 2015. The second place was taken by  “Samara Cardiologists” team; the third was "A diamond chariot". The diploma of the winner was handed by the President of the Russian cardiological society, the Academician of the Russian Academy of Sciences E.V. Shlyakhto to the captain of  the “YUGRA” team Franz Maria Valeryevna at Ceremonial plenary session

The first competitions are complete, and it means that we begin preparation for competitions next year. Watch updates!