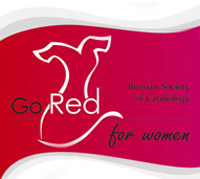 Foreign speakers at the Educational Forum

The Forum became the first educational event in its own way where the efforts of leading Russian and foreign specialists were joined to develop cooperation between Russian and European Societies of Cardiology.

The Russian Society of Cardiology provided educational grants for young scientists from different Russian regions to join the event. More than 70 RSC members from 22 regions came to Moscow and took part in the Forum thanks to these grants. In total, 1098 delegates from 27 countries and 193 cities of Russia visited the Forum.

During the Forum, live webcast of plenary sessions and symposia was arranged by the IT Section of RSC and RSC information partner National Internet Society of Internal Diseases Specialists.

Wide audience of doctors from many cities of Russia was able to follow the sessions at “Russian Cardiovascular Days”. Specialists from small towns (with a population less than 100,000 people) were the most active Internet participants. Every day, from 6,000 to 10,000 people became distant listeners of the Forum and asked their questions. In average, about 50 questions from Internet listeners were asked during a session.

The specificity of the Forum was demonstrations and interactive discussions of clinical aspects of new medical techniques. The debates were based on real cases, and the listeners had a possibility to participate actively via electronic voting system.